My next place to run was Cape Cod Air Station, and there I started running pretty regularly.

I was running in Brooks (I think the model was the Vantage), only this time I started to run longer distances. I found that while I wasn’t all that great at it, it did help me get skinnier again.

One of the things about living in the barracks at AIRSTA, Cape Cod was the only damn hill in the areas was coming back into the Air Station itself. So, I always had to run up it to get back to base. Good training, but I hated it. Although I hated that hill, it was nice for doing repeats and I lost most of the weight that I had gained onboard the SPAR, that first year at the Air Station.

The most memorable run I had was that first year there during November. I was supposed to be one of those tough runners from Maine. I only wore shorts and a t-shirt, regardless of what the weather was (stooopid me). That day, as usual, I was running in shorts and a t-shirt, the weather was probably in the ’30s with 30 mph winds whipping off the runways and I went for a 5-mile run.

Needless to say, I was nearly frozen when I got back, and the MAA told the duty driver to take me over to the infirmary because I looked as if I was going to die. A certain part of my anatomy was very frozen and had to be checked out by the on-call physician to see if I had done any damage. It took a loooong time to live that one down.

The female HM’s were particularly brutal.

The Commanding Officer at the time was an ultra-marathoner (which was very uncommon for back then) and after the next day’s briefings, I got a call to go down the hall to his office. This wasn’t unusual since I did a lot of work for him and the XO. When I got to the office, he asked me to sit down, and he gave me some tips and advice on running in cold weather.

I learned to run with a plastic bag inserted in my shorts or better in wind pants, and he kindly advised me that I continued being a macho runner would lead to a very short running career. Shortly after that, I got a Bill Rodgers wind suit and used it effectively in cold or nasty weather for many years.

When I moved off base and lived in Falmouth, I would drive down and run along the ocean drive to Woods Hole. Never realizing it was part of the Falmouth Road Race course (unfortunately, I never ran it though), I just enjoyed the views of both scenery and girls that would be walking/running there.

I lived on Tanglewood Dr. in Falmouth. After exploring the area, I learned, if you went all the way to the end of the road, it turned int to an old woods road that came out on a series of cranberry bogs. I did a lot of my running back on those cranberry bog paths and roads. The best part was there wasn’t much traffic out there, which was a problem during the summers on Cape Cod. 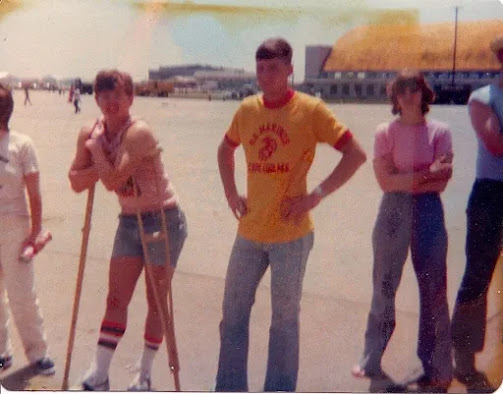 As usual, I got hurt while playing basketball and ended up on crutches for what seemed like most of the summer of ’78. Actually, it was only about 3 weeks and I took the cast off, not the Doctors. The start of my not being too good with Dr.’s Orders – which in the military they really get pissed about, and they let me know they were not happy with me.

After that, I did run more, but never got into the local road racing scene down there, which is something that I regret.

So, the summer of ’78 wasn’t a great running summer and while I kept running most of that fall, it was just running. In late September, I met a young lady who was living up in Worcester. I was spending time trying to get to know her a lot better, so running became less important to me. Things didn’t work out between us, and I used running to help move past what had happened.

I did run my first 5K road race in Falmouth on January 1, 1979, as a New Year’s resolution that I was going to run more and do some road racing, and even lose the weight I had gained. Unfortunately, the race was an utter fiasco. I was hungover, out of shape, overdressed, almost didn’t finish, and finished last (DFL). 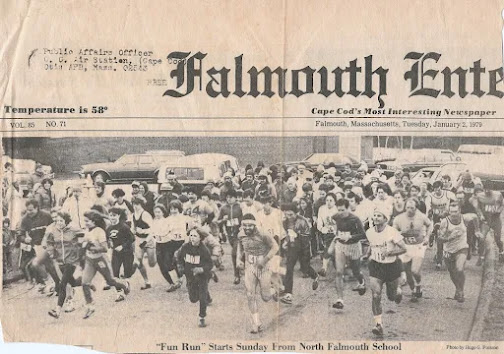 I learned a lot about myself that day.

My first enlistment was up in June 1979 and Rick, Bobby, and I was going to get out of the Coast Guard. All three of us had our short-timers chains/calendars, and we had made plans to go hiking up in the White Mountains with another guy – Kim. Planning this hiking trip, on the Appalachian Trail in New Hampshire, meaning that I had to get in shape. 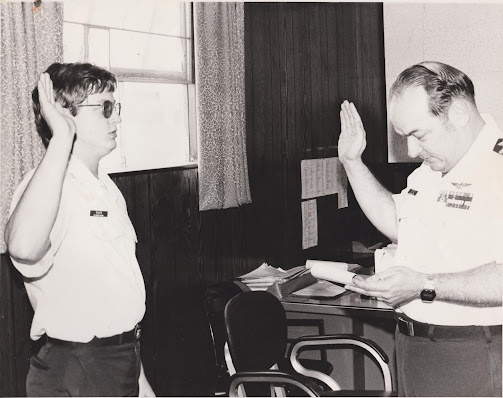 So, I was working out, and running was a big part of the preparation for this hiking adventure, that whole spring. It ended up that Bobby and I re-enlisted at the last minute. The job market was not too great at that time for me (no degree). When the detailer offered me a sweet new duty station in St. Ignace, Michigan and I was eligible for a nice re-enlistment bonus – I took it.

I left Cape Cod that May and took 45 days leave (vacation). We did the hike but didn’t do as much as we had planned, other priorities split us apart, and we cut the hike short. Which meant for the next 40 or so days, I was on my own to enjoy the graduation summer that I never had back in 1975.

I got tanned, did some haying for a local farmer, became a beach bum, and generally just had a lot of fun. I ran almost every day and was probably in the best shape of my life that summer. 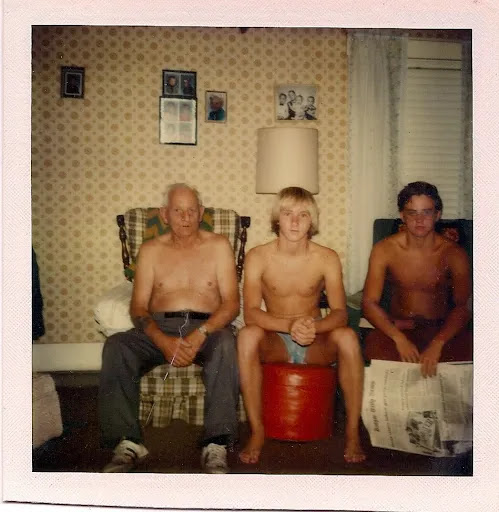 Gramp, Mikey, and me

I fell in love with a girl and her daughter from up in Dexter, we spent the last couple of weeks of my leave getting to know each other a bit better. Unfortunately, she wouldn’t come with me, and I drove off into the sunset for Michigan.

Listening to Meatloaf’s – Bat Out of Hell cassette tape in my Brandy Spanky new 1979 Subaru Brat.