1975 to 1977 onboard the UCGC SPAR & ACACIA & MESQUITE and back to the SPAR, but all three were home-ported in South Portland, Maine during my time aboard them. They were all part of the 180 FRAM Project, and we got stuck with all the swaps or should I say cross-decking.

Being on board ship was different, you became a member of an extended family and all the fun and issues that go along with 48-52 personalities. Who lived, worked, and played together more than they saw their families.

The motto from the Captains on down was pretty much “work hard/play harder”. Back in the day, you were expected to play hard and if you didn’t…well, you were considered an outsider, who wasn’t part of the crew. 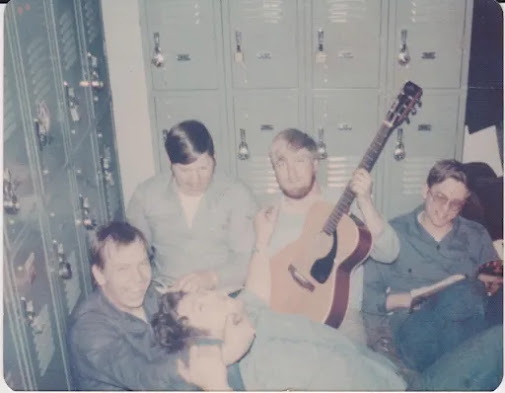 I did many things during this time that I wouldn’t do today and wouldn’t be permissible in today’s world because I would be in jail or discharged from today’s Coast Guard quickly. Nothing really illegal, but partying as hard as we did back then, would have get me in a lot of trouble in today’s world.

Back then what we did was a rite of passage, and it was a LOT more socially acceptable than it is now. Some sea stories I could tell, ooh la la, but that was a different place and time :-). Being a Puddle Pirate or simply a Coastie back then wasn’t…well, let’s just say things were different back in the mid-’70s.

A 180′ Coast Guard Buoy Tender was not big enough to have an exercise room set aside with a treadmill. Besides, exercising was not something we had a lot of time for. This is probably the longest time in my life that I didn’t run regularly and wasn’t injured. Living and working aboard a ship, just was not conducive to running back in those days. The priorities were different both on my end and the leadership of the day. 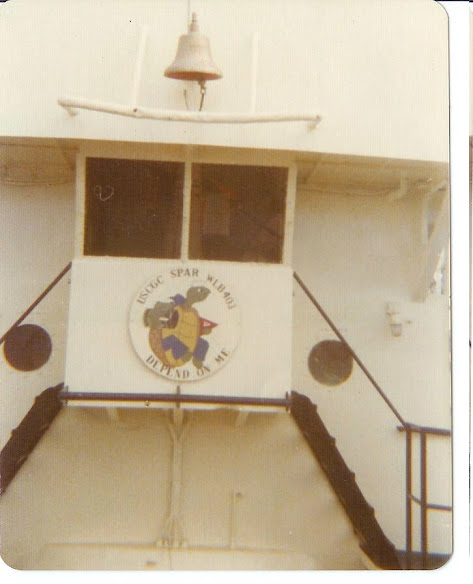 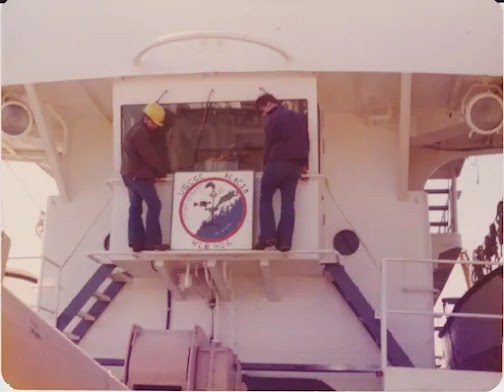 The below photo is where I slept before the SPAR went through FRAM. Not a lot of room up there and with the engine room on the other side of the bulkhead – well you learned to sleep through just about anything – something I can still do. 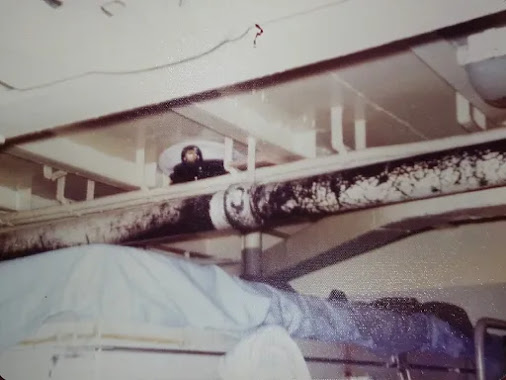 Due to the sporadic exercise time, good food, and too much drinking, I also got pretty damn fat during this time (for the first time). Which is a battle that I have had to wage for the rest of my adult life.

However, one of the saddest memories is when I was in Little Creek, Virginia in October 1975 and went off the base. I saw a sign that said, “Sailors and dogs stay off the grass”. It pissed me off that day and has stuck with me all these years. I know it was a different time and Vietnam was still fresh in many minds but…yeah it bothered me.

When I ran, it would sometimes be with one of the Ensigns (Enzymes) who had been a runner at the Academy. It is a small world, many years later he was a full Commander, and I was a Chief Warrant Officer stationed in Boston – we ran together again. Otherwise, running was as time permitted, but it was on a very inconsistent basis at best.

Believe it or not, my running shoes for almost the entire time I was on the ship were a pair of Pony running shoes that I bought at the Cape May Exchange the day I graduated from Boot Camp. I had made a promise I was going to keep running but never do it again in crappy sneakers.

While on the SPAR I got to run in Boston, Baltimore (Curtis Bay), Norfolk, Woods Hole, Governor’s Island, Rockland, GTMO (Guantánamo Bay, Cuba), and a few other cool places. 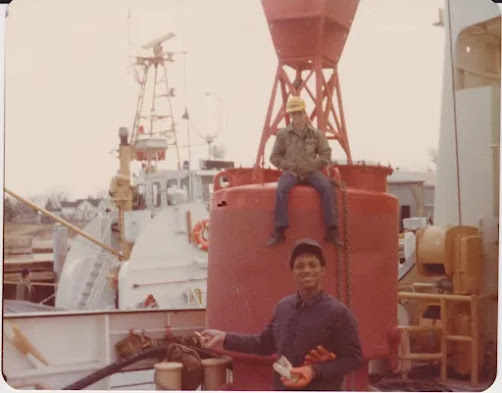 I might have gotten one or two runs in a week, or not run for several weeks in a row. I spent most of my time on liberty drinking at bars, playing softball or basketball, and yes going home on weekends to see girlfriends in my 1971 Camaro. 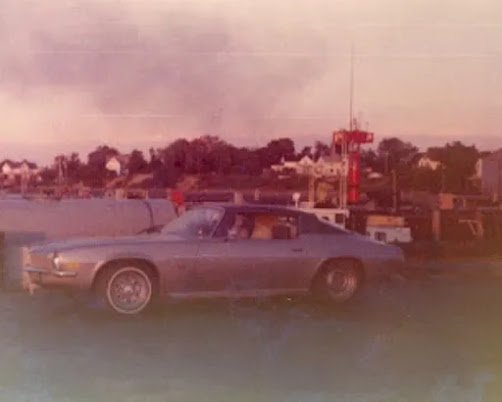 After 1 year 10 months 13 days and 11 hours and a few minutes, I got off that ship and never went back to sea again as a permanent member of a ship’s company. I never did get over being sea-sick all the time, I sucked it up and did what I had to when we were underway.

One thing I would have done differently is accept that transfer to Hawaii and the 14th District Office job that was offered me at the end of that tour, instead of taking the AIRSTA Cape Cod tour. I have a feeling that numerous things would have worked out differently for me.

Nope, running wasn’t really a priority for me while I was on the buoy tenders, but I did it enough that I never completely turned in my runner’s card.

The SPAR is now an artificial reef and all I have left are the memories and a few odd photos of her.