The one thing that I have figured out fairly well as a runner is that returning from even a minor injury is hard. After a few consecutive weeks of one minor injury after another, you get rather leery about starting up again. You are healing, and you wonder if I should run or not. With me, I typically answer: don’t be stoopid, but of course, I want to run.

Over the past few weeks, it seems like the running gods have it in for me. At least, it appears that they find my efforts to keep getting out on the roads amusing and have generally thwarted me putting a few miles in the logbook lately.

Mother Nature hasn’t helped either, with either the sub-zero cold or so much ice on the roads that running outside is an open invitation for something to happen.

In other words, I have been injured yet again. I was making great progress on that wonky left hamstring of mine that took me down a couple of weeks ago. Then we got another big snowstorm where I had to snowblow again last Friday. While making a turn, the snowblower bucked up, suddenly pushing the handles down with me planted in a snowbank. My lower back wasn’t impressed.

While it wasn’t enough to stop me from getting stuff done that needed to be done, it went up on that pain scale pretty good. My lower back was damned grumpy for the next 3-4 days.

So, yesterday I figured my back was getting into it feels good enough to run zone, and let’s see how grumpy running makes it. That first half mile was a bit of a production. The conversation I had with myself was rather interesting and involved several “you gotta be kidding me, and you are an idiot” kind of phrases.

However, either the body’s natural painkillers kicked, the back loosened up just a touch, or more likely because it figured out that we were going to run, it wasn’t going to do any good to keep whining and stopped complaining. An added plus, the back didn’t get any grumpier. I got in a little over a 5K and stopped there. I wanted to see how the back felt later on before saying I was back to running again.

I won’t say that the back spontaneously healed or anything like that, but it didn’t feel any worse for wear than it did before running. I considered that a big win.

This morning I figured that I would do another 5K, but since the weather was good and the roads mostly clear, I would do my maiden voyage in the Hoka Rocket X to see how they felt. They have been sitting on my dresser, mocking me, since they came in a while back.

Starting out wasn’t nearly as bad as yesterday. I won’t say that the Rocket X propelled or made it, so I wanted to go faster. However, looking back at the stats, they were better than I thought they would be, and my pace was faster for the effort than I have done lately. So, those are both promising signals from the Rocket X.

Other than that, it was more putting one foot in front of the other and getting the run done. The best part was that while the back never was completely happy, it didn’t grumble nearly as much as it has been. Also, there was no grumpiness from the hamstring – yes!!!

For me, I will take it and not complain about what the back and hamstrings are letting me do. As far as my initial impressions of the Rocket X — they were good. It is a nice shoe, which lets me run better with less effort, but I didn’t have any big smile on my face like I did with some other shoes from last year (Speed 2s and Flames).

This is more of the “put me on, I’ll do what I’m supposed to do and do it well” kind of shoe. Those shoes that you find yourself reaching for more and more, despite the lack of that “wow” factor.

It felt good to be out running again, now to simply keep making progress and making my running fun again. 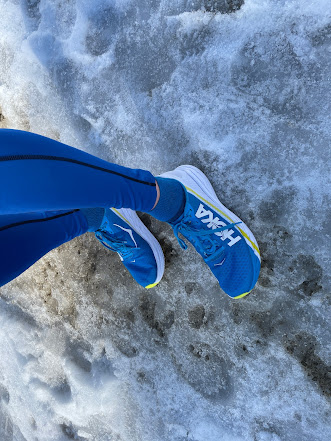