Congrats to all those who ran the Central Maine Striders January Thaw over in Belgrade this morning. I had intended to be there, but things didn’t work out the way I planned, so it wasn’t meant to be.

The body wasn’t up to a race and barely up for an easy jog.

Even so, despite the comparatively better temps (compared to yesterday), I wasn’t enthusiastic about going out for a run this morning. The temps were still in the single-digits, but at least the slight breeze was a lot better than it had been on Saturday’s misadventure. You can read more about that here.

Needless to say, I was still sore and tired from dealing with the frozen water line yesterday, this morning. However, I still wanted to get a short run in, even though it was still darned cold outside. 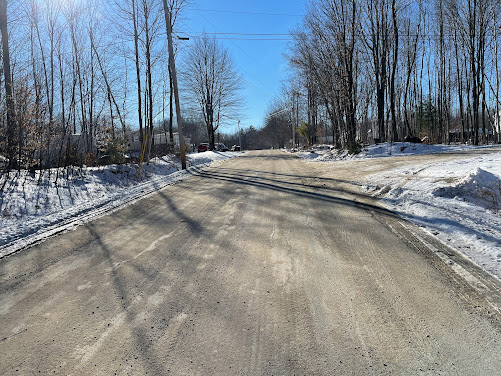 By the time I got going it had warmed up to 7*F, but I was still feeling blah, sore and tired.

I think one of the things I am learning is that a face mask is great to wear when the temps are in the single digits for the first mile or two. It gives the body a chance to warm up and get used to being outside in those temps. 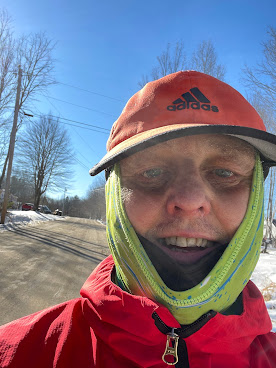 After the second mile, I was sweating enough that I pulled the mask down and felt fine having it under my chin. If it was windy, I would have kept the mask in place.

The new socks I got worked fairly well, but the Glycerin 19s press just enough on my right little toe to make it uncomfortable. Not bad, but it becomes a distraction. So, I changed out the insole to a Curex insole that I had in a different pair of shoes and will try those out the next time the roads are clear enough to run in them again. 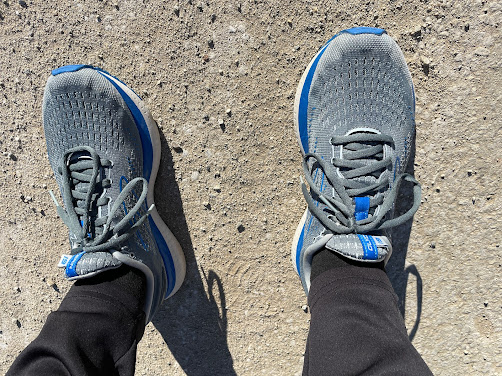 I stopped at 5K and called it good. There isn’t any sense in attempting to abuse the old body in those conditions any more than I have over the past few days. I won’t say it was a good run, but it was a better run than I expected during that first mile when I was doing the old man shuffle.