Another busy week in my running world and one where I learned more about myself, what I am looking for and the directions that I want to go.
After all, I am learning it is more about the direction we’re heading and how we are getting there than it is about the actual goals we might have. Goals always change and even if you reach them, there are new ones to conquer. 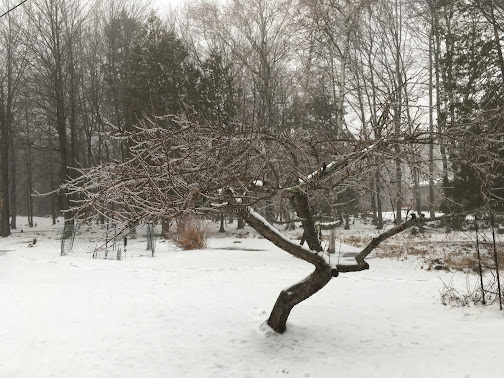 So, my running has become more about the direction I am heading in, than the goals I may have.
I am getting more and more comfortable with that perspective. It requires a different mindset than the disjointed and yes, fragmented, short-term smart goal oriented ones that have dominated my running for so many years.
It all about the direction we are going and how we are getting there.

We often try things out with the best of intentions and hopes that things are going to workout great. However, we also have to do whatever it is with our eyes wide open.
That is where I am with my training.
I tried out another one of the online RunClubs recently, to see if I could take my training in a more consistent direction than I have had in the past. Unfortunately, the experiment while it had many positive points that I really liked, ended up with my not being a good fit. 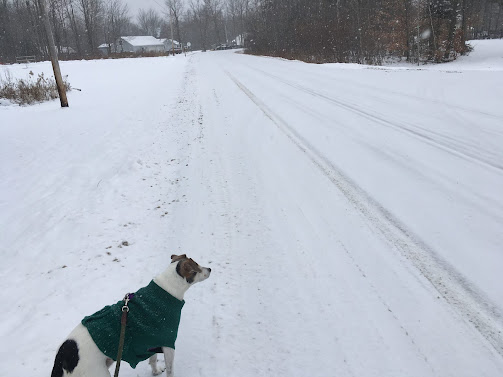 One thing that I learned pretty quickly is that speed blocks in Winter, in Maine, for an old fart like me, don’t work without access to a treadmill. Since I am not going to the gym, all of my runs have to be done outside, that equals no treadmill.
With the plan’s initial emphasis on speed over the past couple of weeks, I ended up with aggravating my lower back/right hip area. Enough that I need to take a few days off, along with a couple of other niggles that were starting to crop up.
The speed workouts wouldn’t be a big deal normally because the paces were reasonable (difficult to achieve, but doable), but the faster paces in the now Winter weather, created too many niggles and I started to worry about becoming injured. I want to stay ahead of that, so I attempted to change directions but stay with the RunClub. As I said in my request:

I am fairly literal at times when it comes to training plans and while I know enough to change them if I can’t do a workout due to conditions, it still stresses me out. I view the training plan more as guardrails to keep me fairly safe and on course to meet my goals. The current plan doesn’t provide me with that level of confidence.
Yeah, I am getting old and I don’t do well with hard speedwork in cold temps — it sucks, but it is also reality. The niggles I am starting to feel with the current plan, if I do not change it, even with the mobility, strength and form work I am doing, are going to catch up with me. Which is something I am going to avoid if at all possible.
Going forward I would like to see my training plan be more focused on stamina and maintenance in the 30-40 mpw range for the colder months of late December, January, February. Along with working on my strength, mobility and form. I get a lot of strength training moving snow around, so I am focusing on bodyweight strength training more than weights.

The updated plan included a speed block in Jan/Feb and another one before the March half marathon, that I specifically had not wanted in my request to change the plan.
At that point, I decided that their training philosophy and how I view training during Winters in Maine were incompatible and cancelled out of the RunClub. Which was too bad because I really liked the community of runners, the website had lots of great information, and many of the training ideas were great. Unfortunately, the two training plans they provided don’t fit my needs at this point in my life.
So, what will I do now?

Get off the shelf again as I get my lower back, right hip back to normal, so I can run comfortably. Then the rest of this year and Jan/Feb I will focus more on maintenance, strengthening the many weak points I know that I have, and building a good base. That doing the basics kind of stuff that ain’t sexy or Strava bragging stuff, but the stuff that good running is built upon.
Yes, I still plan to run the race in March, but I am not worried about a certain time for it, other than to get to the starting line healthy, work hard during the race and finish.
I have work to do and will do the best that I can going forward.
Will I re-join one of the RunClubs I have tried over the last few months?
That is a question I don’t think I will answer until after March is done and better weather gets here. I like many things about being a member of one, but at the same time, there are other parts that I am not as comfortable with.
Hurry up and wait on the RunClub front is the best answer.

Brooks Hyperion Tempo — Did everything I asked of them, since I changed out the insole and laces. It made them into more of a light-weight trainer, which is what I want them to be this winter.
Brooks Catamount — I like how they fit and feel. They have become my primary winter walking shoes and nasty weather runners. I will have to get out my ice grips to use with them if I want to run outside in the freezing rain/slush stuff, though.
Saucony Endorphin Speed 2 — I have decided to put them away for the winter and save the Speed 2s for better weather. They are not great Winter shoes, so instead of beating myself up in them and wearing the Speed 2s out, it makes more sense to save them for when I do want to run faster. I run great in them and, like the 361 Flames, I tend to go a bit faster than I should even on easy runs in them. It gives me something to look forward too also when the better weather gets here.
I did get a pair of Brooks Glycerin 19s on eBay for a great price, and they should be here by the time I get back to running regularly again.
I do seem to be on a Brooks running shoe kick for now. However, I like Brooks Running philosophy about many things. As I move away from being a running shoe reviewer and more towards enjoying my running, Brooks is a brand I would like to see if it will work for me over the long run.

I have to get the lower back and right hip back to normal, then take a bit to get back to running comfortably again and getting at least 16 miles before the end of the month.
I don’t mind some speedwork during the Winter because I want to avoid starting completely from scratch when Spring does come. However, a plan that has speed as a training block in the coldest months, in Maine, with me being rather injury-prone older runner, without access to a treadmill…well, that kind of plan doesn’t work for me.
It leads pretty quickly to niggles, injury, and down-time from running.
So, I moved on from that RunClub.
Yeah, Brooks’ running shoes can look a bit dated and like “Dad” shoes, more than other brand’s offerings. At the same time, they are comfortable on my feet and the corporate philosophy mirrors my thoughts on many subjects. So, I am willing to give them a shot and see how they work for a while. Hopefully, they do what I want, and who knows, maybe I will become more brand loyal in the coming year?
I have a feeling that this next week is going to be all about getting healthy again and getting the lower back/hip back to not grumbling quite so much.