Since I didn’t run Monday, I felt as though I needed another run today, so I did an easy 4.0 as a rest/recovery run.
I also beat most of the snow, though the feels like temps were rather chilly.
Before heading out the door, I did change out the laces and insoles in the Brooks Hyperion Tempos to make them feel more comfortable for me. I plan to use them more as daily trainers than speed shoes, so adding a little extra weight wasn’t a big deal. 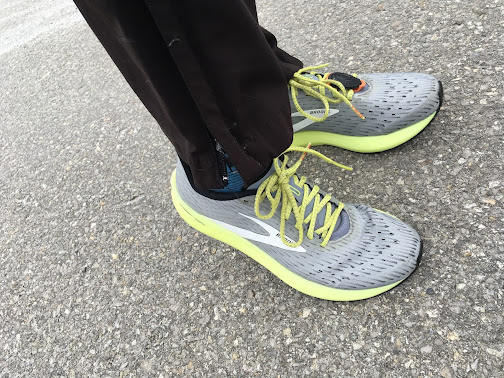 During the run, I worked on a few of the suggestions that are in week 2 of the running form course as far as how to carry the arms. I find that my right arm crosses over, whereas the left arm doesn’t. My right side has more problems than the left when I stop and think about things.
This lack of symmetry probably has something to do with the injuries I have sustained on that side of the body over the years. Like bouncing off a pad-eye on a buoy deck, flipping a ladder then hanging upside-down wondering how long I could hang-on. Not long it seemed, then dropping 10ft or so onto a pile of crusty ice chunks that I had shoveled off the garage roof. Along with a few other assorted fun things I did back in the day.
This is also why when I look at myself running in most videos over the years might be a part of why my right foot turns out so much also. I have a feeling that it is less about changing my form and more about fixing long-term weaknesses caused by those earlier escapades. Or else, just dealing with how I run and not worrying about running beautifully and just run the best I can with the body that I now have. 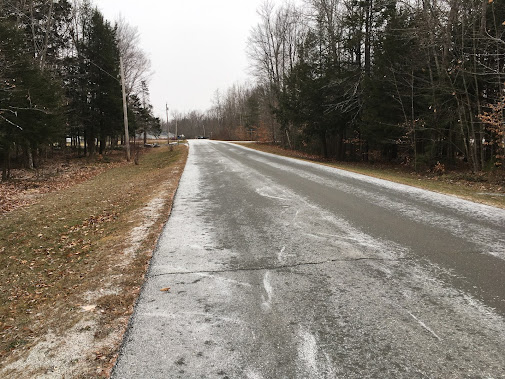 The run was good but chilly and the Hyperion Tempos did quite well on the bit of snow I encountered. I wouldn’t wear them with the snow coming down now, though, they wouldn’t have enough grip. We are supposed to get 1-3, but it looks like we might get a bit more than that the way it is coming down now. 🥶
Oh yeah, the changes I made to the Tempos worked out quite well. They feel more comfortable underfoot than then they did in their stock configuration.