Not all running shoe reviews are going to be great.
We are all different and I know that some runners love to bash running shoes that don’t work for them and claim it is a terrible running shoe. However, that same shoe may be someone else’s Unicorn shoe. So, before bashing a pair, stop and think did you dislike the shoes due to your body’s peculiarities or running mechanics or are they good shoes, just not for you. 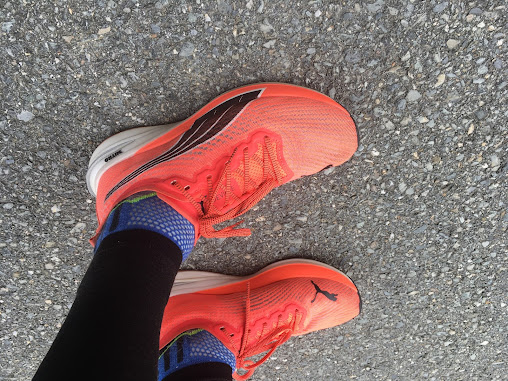 For me, I could very easily go into bash mode on the Puma Deviate Nitros that I loved until I couldn’t anymore. After just over 63 miles in them, they have left the building and I hope that another runner will find them to be their perfect shoe.
Which totally sucked, because initially I believed that the Deviate Nitroa were everything I wanted from a running shoe — almost.
I mean, the forefoot fit better than most shoes I have worn in the last ten years, the outsole was pretty close to trail shoe capable on a pair of road shoes and the midsole had that elusive Goldilocks feel. The Deviates felt quick and were comfortable, until they weren’t. Hell, they even looked like Harold shoes!
The thing was after about 20 miles in them, the damn things began attempting to chew the skin off the back of my heels/Achilles on both feet. Which left me in a quandary of what I was going to do with them. The way the back of my feet looked and felt after a while, made it impossible to continue running in the Deviate Nitros the way they were. 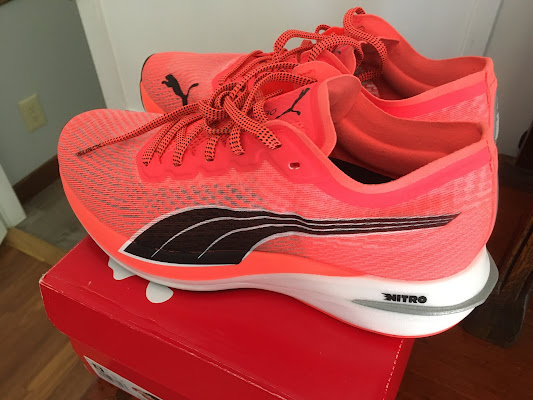 After closely looking over the Deviates, I figured out what was the problem.
Look at the dark band of stiffer material encircling the ankle well (that big freaking hole in the top of the shoes). Just above it is a lip of softer fabric and the sewn-in fabric (stiffener) wrap over the heel counter, combined with the angle that the top of the heel counter makes back towards the Achilles area. This design of the heel counter are what caused it rub my heel raw and bloody.
However, I loved running in the Deviates that I wanted to find a way to make them work for me. So much so, that I was willing to perform running shoe surgery on them in hopes of making them wearable. I decided to cut down through the band and create a modified heel counter and a pull tab out of the back of the heel on both shoes. Also there is a line of exposed thread going across the fabric stiffener strip that didn’t help matters either, that I removed.
As you can see by the photo, those cuts were fairly deep into the heel counter. However, the shoe surgery didn’t seem to bother the structural integrity of the shoes and alleviated most of the heel’s tendency to rub against the back of my foot/Achilles areas.
While shoe surgery helped a great deal, unfortunately, it wasn’t enough.
On every run after the shoe surgery there was still a feeling that the Deviates were getting ready to chew-up the heel area on both of my feet. They never quite removed skin again, but I limited the mileage I would do. Even then my heels continued to get very red and uncomfortable after each attempt to run in them from the heel counter.
Finally, I just couldn’t take it anymore, I had lost confidence in my ability to run well or comfortably in the Deviate Nitros, and decided that it was time for them to leave and find a new home.
I had attempted to use the Deviates, but they simply were not the fit for me. Which sucks, because if it wasn’t for Deviate Nitros claiming their pound of flesh from the back of my feet, they were damned close to what I am looking for in a Unicorn Shoe. 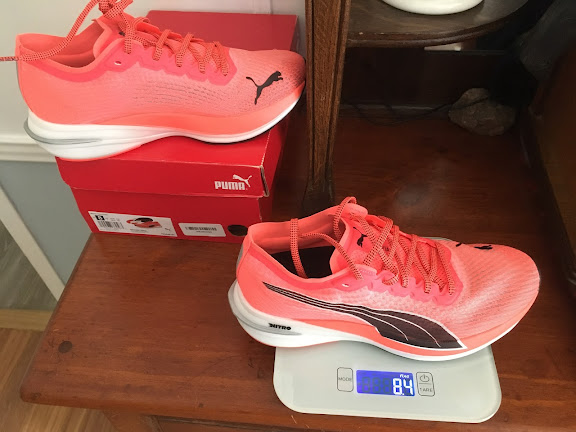 In my opinion the Puma Deviate Nitros are a great shoe, but only if your heel fits the way they designed the heel counter area. In my case my heel didn’t work with the way the shoes were designed. It happens and you move on to different shoes, but I won’t bash the Deviate Nitros. With a differently designed heel counter, I would have still been running in them.
My end of use reviews are not so much because the shoe themselves suck, it is more that a pair of running shoes don’t work the way my body is or an update to a certain line of shoes that makes it a different shoe or unwearable – for me.
I won’t usually bash a running shoe for not working for me, but I will explain why I stopped running in them.