The weather wasn’t great, but at least the wind wasn’t blowing, but it was misting just enough that by the time I got to the bottom of Pepin that I couldn’t see a thing. Not a great thing when you are chasing one of your Strava segments. However, I am not in good enough shape — yet to actually do it, but… 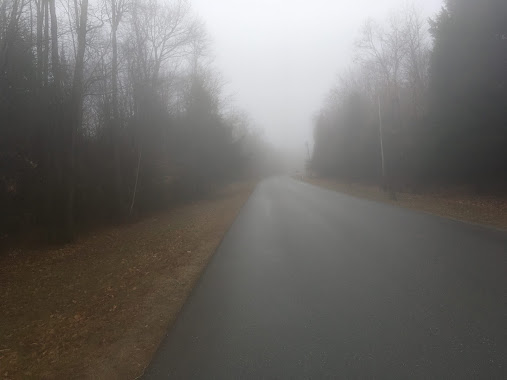 Let’s back up for a minute.
This morning I wanted to do a couple of faster segments during the run. Nothing stoopid, but I have been rather meechy about pushing too hard lately. I haven’t really done anything faster, since I was sick at the start of October and then had some issues when doing some strides a few days later.
It was time to do a faster test, nothing super long, but I wanted to get under 7:00 for a little ways.
So, I put on my 361 Degree Flames and headed towards Pepin. Going down the hill, I just relaxed and when I got to Pepin, I picked it up, but I had trouble sustaining the faster pace that I was looking for. Nothing hurt, but I was still being meechy and didn’t push harder until I got to where I could see the finish area (well, sort of — the mist made seeing difficult). 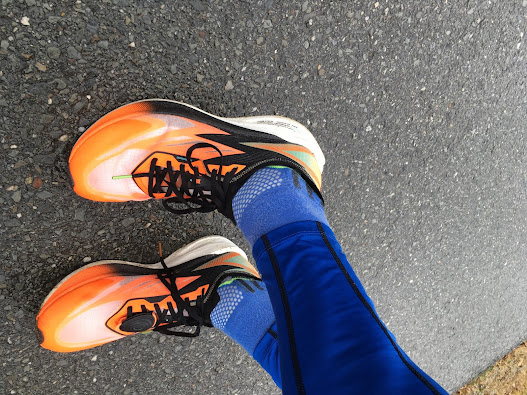 While I didn’t do too bad and only missed the Strava segment by 6 seconds, for a silver medal and got under 7:00 pace for the segment. This is a course that I have been running for a few years, so I have had multiple hard runs on this segment before, so getting a silver wasn’t a gimme. That was a win in my book, and the best part was I got a lot of confidence back that running harder isn’t going to bother me.
I thought about doing some hill repeats, but decided that I wanted to do a little downhill running at the end of the run. I didn’t push hard, but I attempted to keep a steady sub 5K pace from SD2’s (about 800m) to the Lower Gate. I felt pretty good running downhill, but had to really focus on the dirt section of the run.
A nice run and a big confidence builder for me.