How Do I Train for Running?

It might seem like that all I ever talk about is running shoes or my daily runs. While those topics might be near and dear to me, it does get a bit much at times. So, let’s change it up a bit and talk about run training.
As a 64-year-old runner — how do I train?
That, I believe, is part of the problem – I don’t train well or consistently. Unfortunately, I don’t believe that I am alone in that.
Oh, come on Harold, you run quite a bit for an old duffer and over the past 10 years, you have put over 15,000 miles (ca. 24,140 km) on the body and have been a runner for so many years.
You must have some idea of how to train. 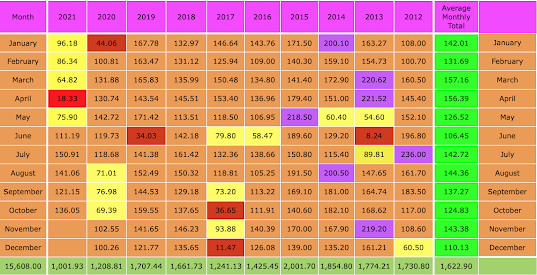 If you look at that spreadsheet closely, you will see certain patterns that show that I am one of those boom then bust runners, in a sport where consistency rules supreme.
I think it is better said — that I “attempt to train, but haven’t trained consistently”.

Ghosts of Past Training Plans

Like most runners, I have picked out and started what seems like a bazillion training plans, workouts, and even a few hair-brained ideas/schemes or hacks, from magazines, books, videos, and of course the wonderful Internet, over the past 10 years. However, following a great training plan through to the end and then doing the race that I supposedly trained for.
Well, that is another story.
It is more like I pick out one of those great training plans/ideas, get all wound up with the ideas of what I will do, write about it on blogs like this or social media, where I can say — look at me. I am following such and such training plan, and I’m going to do great things when I finish it.
Which I hardly ever do.
Then my grand plan fizzles away to either: (a) getting injured because the plan I chose was beyond my ability or fitness, or (b) I lost interest in the training plan because I couldn’t run the way that I wanted. That lack of discipline to do the work necessary to be successful.
Most of the training plans were fine and would have worked if I trusted them enough to do the work pretty close to what the author prescribed. While very few training blocks will be exactly as they were originally planned, for whatever reasons, if you do most of the work and trust the plan, you will see decent results.
Instead, my training was almost always a hodgepodge of running activities or workouts, versus the consistent work I needed to do year after year. That wildly consistently inconsistent training, which was my constant companion so often.
Constantly spontaneously adding in a great workout from an article or blog post I had just read to an already developed training plan, even if it doesn’t fit what I was attempting to achieve. Changing workouts as I walk out the door, because the one before me was too daunting on paper and I knew that it was beyond my ability, but not letting reality get in the way of saying that I was doing the training plan. It was often a case of not realizing that I was setting myself up to fail, so I could continue believing that I was a better runner than I was. The subconscious mind does protect us, from our self a bit too often sometimes.
Although I call myself more of a “butterfly runner” flitting from training idea, plan, workout du jour and never sticking with any long enough for them to provide the benefit that they should have had on my running.

Do I know how to train?

Yeah, I think so, but over this past six months, I have also learned how much I don’t know about training properly, how my mindset needed to change, and that in order to achieve many of the running goals that I do have left. The biggest thing that I have learned is how I plan or do my training, it needs to be very different than was. The doing part especially needs to change.
My reading list since I got injured in March looks pretty impressive and yes, I did read all the books on this list, along with too many articles/blog posts on the Internet about run training. Most of the older books have been read multiple times over the years (the reading order is most recently read first):
And one that I have read several times and will probably be my next running-related read:
I know pretty much what I SHOULD be doing for training and now when I read these books it is from a different perspective than in the past.
So, I believe that I have a good basic understanding of long-distance run training theory. This means that I can figure out how most training plans are set up, why they have been structured the way they are, and the purpose of most of the workouts. Even the use of pace, heart rate, power, or other things that have been shown to improve training results for some runners.
My problem isn’t a lack of knowledge it is the lack of trust in the plan that I have chosen, especially when I am not making the progress that I expect on a plan that I wasn’t really ready for. Then I go off on a tangent in my attempt to get back to where the plan says I should be. This ends up with me doing too much, too soon, for where I actually am as a runner routine, which inevitably results in the bust portion of my training cycle.
Whatcha gonna do about it?
That is the question, isn’t it?
The next part will be all about, “Whatcha you gonna do about it?”
To answer today’s question

“How do I train for running?”

The correct answer is — not very well.