The new Millennium found my life in complete upheaval and then renewal.

A lot went on before I met TheWife in October 2000, went through our courtship, moving in and getting married in 2002. 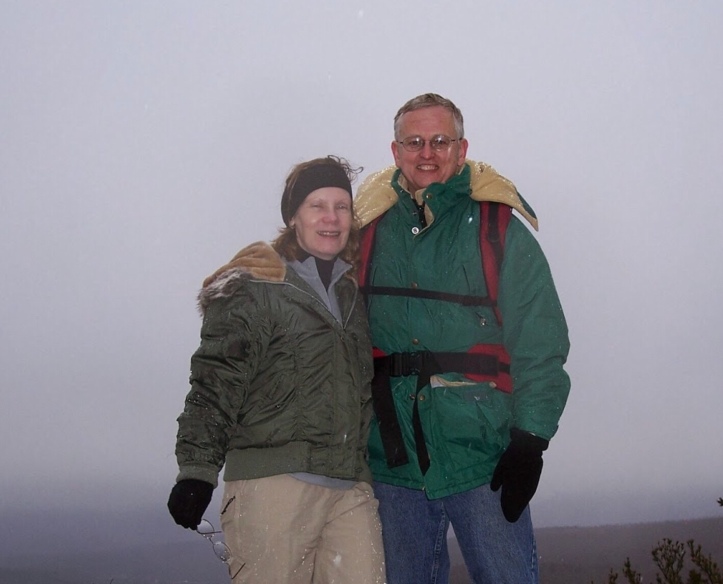 2000 was the year that I re-kindled my love of running.

It did help that the then-future TheWife was a runner and being runners played such a major role in our courtship.

I ran fairly consistently during these 7 years and even though I only raced once during that period, day-hiked a great deal learned a little about kayaking, figured out that I didn’t mind treadmills for running during the winter, loved saunas, trail running and running with my wife.

The conversations and discussions that we have and had while running and being active together have helped us grow much closer than I think that we would have otherwise.

One of the times that I remember most, was I when I met her at the house one morning at 6:00 A.M. and ran 3.0 miles and then after the run getting my car and driving off because her daughters were in the house getting ready for school. Why is this such a big memory?

We had been talking on the phone that night after I got off work and when she told me she had to go, so she could get up early to go for a run. I volunteered to get up and go with her. She poo-pooed the idea but said that she would wait until 6:00 A.M. to go run – IF I SHOWED UP.

It meant that I had to get up at 4:45 A.M. drive down to her house – I got there right around 5:55 A.M. and we ran 3.0 miles, then I got back in my car and went back to where I was living. I think at that point she figured out that I was serious about her and like they say the rest is history.

We ran several times together during the Courtship phase of our relationship after we got married and still try to find time to run together when we can all these years later. I might be a little faster, but she is more consistent and tougher in her running than I am. This helped me get out there and just run on days when I probably would not have.

In other words, she kicked my ass to get me off my duff and get it out the door. 🙂

A couple of years later we joined a local gym and I discovered treadmill running during the winter.

I found it a lot easier to go for a run after work on the treadmill than it was getting up at “oh dark 30” every morning and fighting the wind, ice, snow, and cold that we have up heah in Maine. TheWife wasn’t as crazy about the gym as I was and continued to run outside in the mornings, so a lot of the time I ended up doing 2 a days.

Sometimes I really believe that I enjoy doing my speed work on the treadmill more than going to a track or doing fartleks on my courses. I have more control over the speed I am going and don’t go too fast or too slow. Plus I work up a lot bigger sweat than I do running outside. Maybe it is just that I enjoyed the saunas afterward :-).

Mary and I have also been avid day hikers and have sought out local trails to walk on, from easy to fairly difficult err hiking up Old Speck Mountain. Which also got me interested in running on the easier trails around the area.

During 2006 and 2007 time that I started to enjoy trail running (Good Will Hinckley – had several miles of trails outback of the campus and I found several other local trails that were not too technical to run on. Since high school cross country (which I disliked) I have gravitated back toward running cross country type courses (Mr. Smith would have been proud) when I could find them.

I would go 2-3 times a week and even locked myself out my truck on one run and had to call the wife to come to find me on a trailhead up in Belgrade to unlock the truck after she got off work. Got a good nap in the bed, while waiting there for her. She really was not all that impressed with me on that occasion.

I think I like trail running better than road running for some things – there are no cars to fight with/avoid and you have to focus on running. If you get to woo-gathering while on a trail, you will find your face planted in that trail pretty soon. Running on trails does make me focus on what I am doing which is a good thing.

For some reason, I just never got into running races during this time, even though I was going to the Colby track, or using the treadmill and doing speed work, along with 40-50 miles a week very regularly. Racing never really interested me – strange now that I look back on it, but it was what happened???

Training for the Maine Marathon Experience

I also became a Special Education teacher in 2002 and had summer breaks off, which meant the schedule was more my own. After doing this for a few years, during which I usually did 2-a-day runs, one run in the morning and then running with TheWife after she got off work. I decided with all of this mileage that I was doing, that I was going to run in the Maine Marathon in October 2006 and entered that preceding January.

I trained hard that spring and summer and 2 weeks prior to the marathon, I did an easy 11.5 miles from home to my wife’s work in Augusta and hurt something in the back of my right knee (that damn knee again). 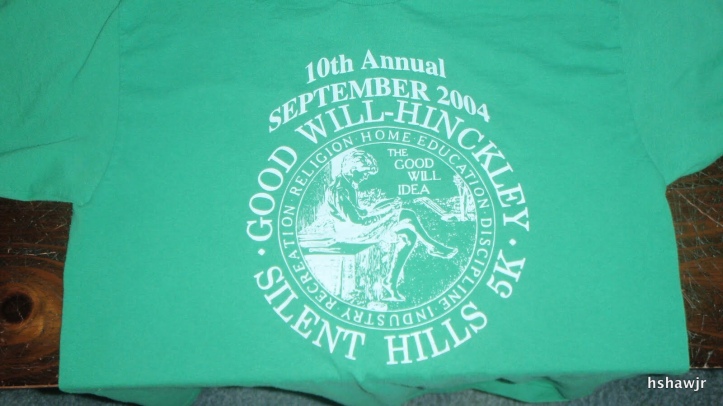 I ran the Silent Hills 5K my first race since 1986 in September 2006. I decided at the last minute to run this race. It was a test after I injured my right knee to see if my knee would hold up after a week of rest.

I completed the 5K in 24:56 and while the knee felt better, I could tell without a doubt that if I had attempted to start the Marathon, that it would have ended badly. That sucked big time, yet another training season for a non-start on a marathon due to another injury to that same damn right knee. It was becoming very repetitive and an obstacle that I could not and have not gotten over. Those marathon dreams seemed to be getting further and further away each year (and even more so today).

After the injury in 2006, I rested for about a month and started running slowly again. I put together one of the best training plans I could find and pretty much followed it for most of the year leading up to that September.

We even ran in the heat of an Arkansas summer that summer when we visited Mary’s sister. That was nasty and reminded me a lot of running in Washington, D.C. during the summer, but without the fish, market odors to contend with.

The motivation from that other teacher did make me want to shall we say “blow his doors off” in the 2007 Silent Hills 5K. I trained hard and did a lot of speed work that summer and was ready to go for a sub 20:00 minute time.

I had broken 21:00 in a solo training run on the course a few weeks before the race and felt like I had plenty left to go faster. But about 2 weeks before the 2007 race, the sponsors canceled the race.

Although I didn’t stop running since I had gotten back up to 30-40 miles a week and then scaled back to 20-30 while school was in session through the end of 2007, I lost interest in speed work after not having that race. Looking back at it 2007 was probably my best running year since 1986 and I felt pretty good about the direction I was going with my running at the end of the year.

In 2008, I was planning to actually join a local running club, I had done a little bit of research and had the application all filled out ready to send. It was one of those New Year’s Resolutions and my goal was to run in some races that year.

Mary and I had our ups and downs with running due to different health issues over those years, so while we were fairly consistent in our running and being active there were also periods when running and the other stuff were not at the top of the priority list for a few months, but we always got back to it as soon as we could.

However, I was definitely was much more consistent in running during 2000-2007 than I was during 1986-2000 and owe a lot of that consistency to Mary. She got me out there running, hiking, kayaking, or just being active, many times when I would have bagged a workout and sat inside playing on the computer or correcting papers. 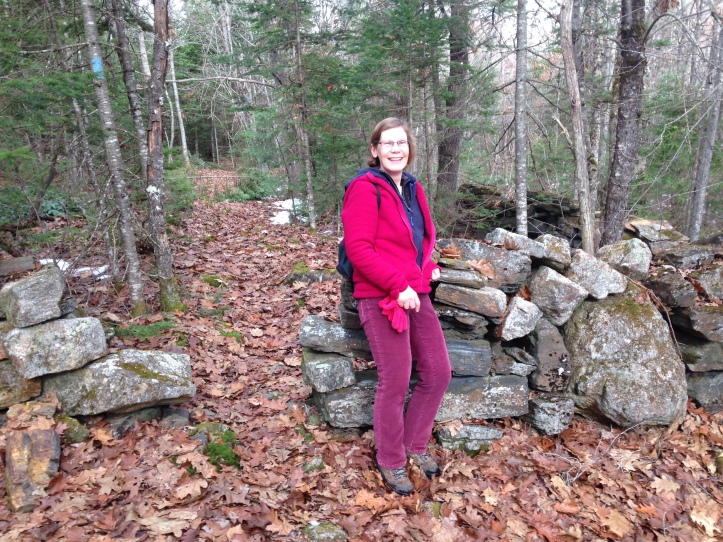 I can honestly say that I enjoy being able to run with Mary, plus she understands my need to run, be active and gives me time to do things, without barking at me when I go for that long run or giving me too much grief about it after I am done.

She only gives me grief about the number of running shoes that I go through since her’s seem to last forever.

I also understand her need to run and get away to have some alone time.

Running and being active has been an important part of our relationship and marriage.

I hope you enjoy reading these recollections, I know that I am enjoying going through the pictures, diaries and reflecting back on these parts of my life.