This morning I wrote about me being mentally tired and talked a bit about why then I concluded that I needed to look at the direction I was heading after all those changes to make sure that I wasn’t going to set myself up to step in some bad doodoo sooner than later. You can read more about that here.

The part that I didn’t say so much about was that I needed a break from reading so damn many articles, blog posts and books over the course of a day. I think that was a big contributing factor to the mental fatigue I was experiencing. So today, I purposely cut-back on how much reading I did and unsurprisingly, I feel a lot better.

I was simply attempting to do to process too much information, without giving my brain enough time to absorb the information I was inputting to the old noggin. 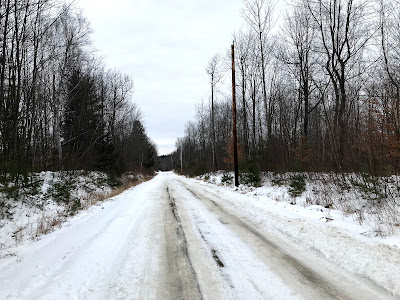 Bennie and I walked down-back and while it is walkable, I would not want to run down there yet. There is still too much ice under the snow and even Bennie slipped a few times, despite having 4-paw drive.

Then I drove up to Waterville to do my weekly long run. With the warmer weather, I figured that the roads would be fairly clear and I prefer to run longer up there because I have several course options and early cut-off points, where I can shorten the route if I need to. I planned on doing around 8.0 and that is what I ended up doing. 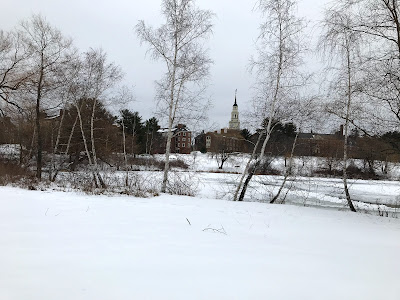 As a change, I decided to run from Colby and it was a good choice. I just ran easy throughout the run and while I did slow down a bit the last couple of miles, I still was not pushing hard and just ran comfortably. When I finished, I seriously had thought about running a couple miles extra to get in 10.0, but I looked at the time and figured that I needed to get home to eat with the wife. That is something we do attempt to do most days is eat together when possible.

Plus the drizzle was getting a bit more steady and I hate running in the rain, when the temps are in the 30’s, it just makes things miserable.

I did something different, I ran the long run in my Beacon 2’s. They have close to 300 miles on them and not much tread, so running outside in any kind of sloppy conditions can be an adventure. 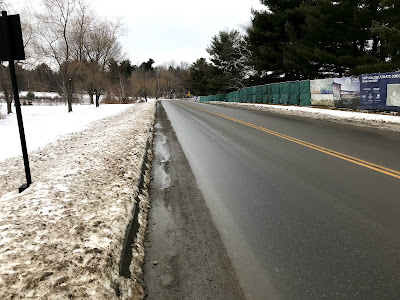 Everything was pretty routine except for some places the side of the road was wet sand covered and in some sections, the sand was a slurry. Not great with the Beacon 2’s with their worn tread and I had some of that slipping feeling when pushing off – not terrible or often, but often enough that I noticed it.

Otherwise, they did great and my feet had zero issues during the run. They are a bit firmer than I like, but I do run comfortably in them. Which is the important thing. 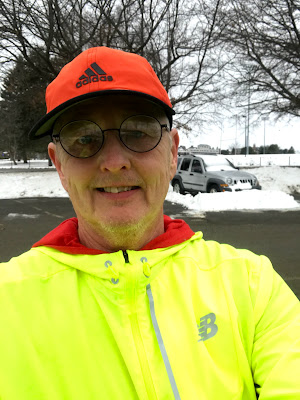 Luckily the weather cooperated today and I was very happy with how well the long run went today and I went down into a few rabbit holes tonight, but haven’t made any choices or decisions about what I want to do this year if I decide to race a few times.

I did make it back in time for lunch, but then I remembered that the wife had helped SD2 with taking her dog Hunter to the Vet this morning and was going to do a little shopping after the appointment. He is fine for a 15+-year-old Beagle and the Vet gave some recommendations on diet to help improve a couple of issues he has been having. All great news.

However, looking back with that 20/20 hindsight, I could have gotten in the extra couple of miles and still gotten back home before she got here. Oh well, I tried. 🙂

Otherwise, I just puttered around the house and did several little things that needed doing. The kinds of things you hate doing when it is 20*F or lower, but they are not so bad when the temps are in the 30’s, even if it is sprinkling.

What did I read today?

Not nearly as much as I have been lately and focused more on the books than news articles or blog posts.

Lifespan – Chapters 2 & 3. The science was a bit over my head, but I followed along with some of it, better than I thought that I would. It is nice to have the theory behind the practical recommendations that will be coming up later in the book. I can say that I am happy to have these two chapters done.

The Daily Stoic – January 4th entry. — made me focus on thinking about perceptions, actions, and acceptance of what is outside our control.

I actually feel really good about today and how much I actually accomplished. I don’t feel totally wiped out and while I read a few blog posts and news articles, I didn’t attempt to dissect them or reflect too much on what the writers were talking about. It was more read it, think for a second or two about what I wanted to remember and save it to Google Keep if I thought I might refer back to it at a later time.

The run was a good one and I was happy with how well the Beacon 2’s did, but they are just about ready to retire and I will have to get out the new pair of Beacons I got for Christmas pretty soon to replace them.