Well, the day started out pretty interestingly, at least according to Sun Tzu. For Bennie’s first walk we encountered just a bit of ice on the roads from yesterday’s bout of freezing rain. So it was a bit slippery out and even after the Town truck went through – they supposedly sanded, but it was a damned light effort, things were not a whole lot better. 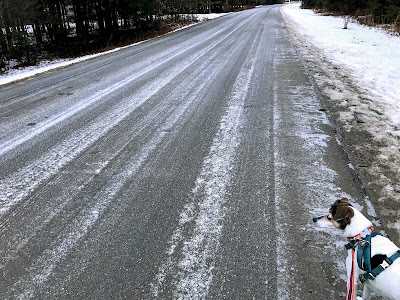 Luckily for us, the temps quickly went up into the ’40s and the ice on the roads was largely gone by the time we went out for his long walk, but down-back was still horrible and the only thing walking down there would have resulted in was a broken leg or arm. So I stayed up in front of the house and didn’t risk playing on the ice down-back. 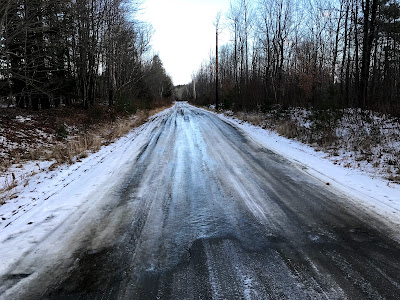 However, even after finishing the walk with Bennie, the road shoulders were still too icy to safely run out heah if I met traffic, plus I was planning on a longer run. So I decided discretion was the better part of valor and headed to Augusta to run from Planet Fitness. At least I knew the shoulders on Civic Center Drive would be runnable and even though there would be more traffic, it would still be safer than running in Sidney.

I was correct, although, in the shady areas, I still had to pay attention to the ice that had not melted yet.

I wasn’t planning on going fast and the only thing I wanted to do was get some miles in and enjoy the run. Of course, when I got to Dunkins, I had to make a pit stop. It just seems that whenever I run lately that I have to make pit stops. All the way out I got to play into a headwind and when I turned around at Steve’s Appliance, I enjoyed the tailwind a little more than I should have. 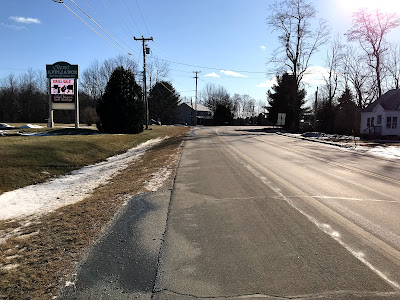 Unfortunately at about the 5.0-mile mark, the bottom of my feet started to bother, not sure what is up with that, but this is the first long run in the Propels in quite a while and I typically need to let my feet get used to running longer distances outside before I can run discomfort free. It wasn’t really enough to stop me from finishing the run, it was more just there and it made it so I didn’t want to do the extra 3.0 miles I had planned on originally. Just one of those things. 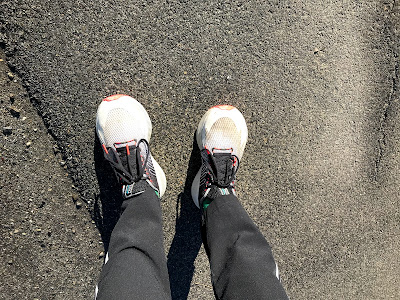 Actually, I was pretty happy with the run, other than the feet issues and the 9:16 pace overall felt really comfortable.

This afternoon was just doing chores around the house. However, breaking down all the boxes that appeared over Christmas took almost 45 minutes. Nope, I didn’t give blood while using my box cutter for cutting the tape, which was unusual. That is is usually part of the deal, gotta give a little blood to get things done. I was impressed, even the Transfer Station worker was in a good mood and was willing to talk more than a grunt and helped me unload the truck for a change.

Small things matter more than we think they do sometimes.

What did I read today:

Stop Trying to Fix Yourself and Start Enjoying Your Life
20 Tiny Changes You Can Make in Your Home to Make Life Simpler
How Your Diet Affects Your Mental Health
This is How a Gift Wrapper Changed Her Life
Top stories: Bubbles in Google Message, Pixel 4a renders | 9to5 Google
Here are 9 great apps for your new Android device
How to Make the Switch from Windows to Linux