The day after Christmas is usually about trying out the new things we got as presents yesterday, putting things together and just recovering from the food-induced comas we ate ourselves into. Not all bad things, but some of the new things can be frustrating and raise the stress levels a bit.

One area where I zero stress was from my new to me computer. My Chromebook Pixel 2 is everything that I thought it would be and I am really enjoying using it. You can read more about my thoughts on it here.

Surprisingly, none of the things that needed to be put together were missing parts and went together smoothly, new items worked the way they were supposed and most everything fit nicely. Pretty much a great day after and I didn’t even feel all that bad after eating way too much of the sweet stuff. 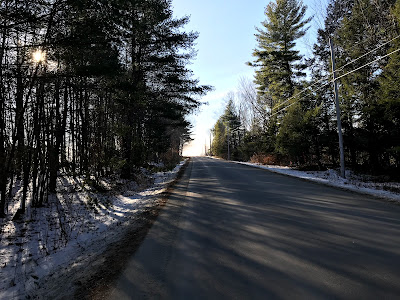 Luckily, today was one of those glorious winter days where the sun is shining, although the breeze was out of the North and definitely brought those temps from the teens to subzero around the house. This meant that Bennie’s longer walk this morning was cut a little shorter than usual. He was shivering pretty good when we got back to the house. 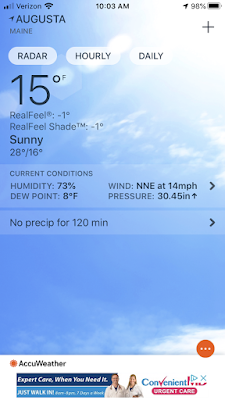 After being out in the cold for his walk, I decided to head to the gym and play on the treadmill for an hour or so. Although Mary did make me feel a bit guilty when I drove by her and she was out running in the cold. I justified it by saying that I would have been outside for a lot longer, but the truth is that she is just tougher than I am.

I got to the gym and even though I did bring my outside running stuff, the breeze was a bit stiffer down on Outer Civic Center Drive, so I decided to wimp out and do my run on the treadmill. 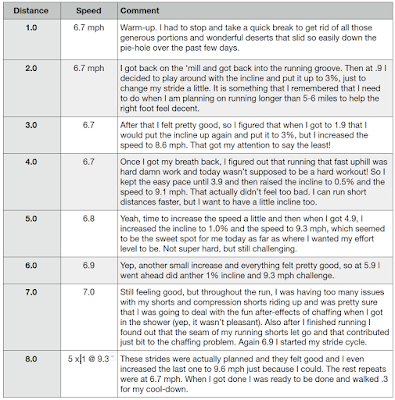 Originally, I had thought about running my long run today, but when I saw the forecast for Saturday was going to be 40’s and sunshine, I thought it would be a great day to get outside to my long run. So today was a little longer run with some speed surges thrown in on the treadmill to make me change my stride while running on the treadmill.

I did wear my old New Balance Beacon 2’s, I am going to save my new shoes for after the new year and besides I am pretty sure I can get these up to 300 miles. They still feel good when running on the treadmill and I might as well use them for as long as I can run comfortably in them.

What did I read today: