After yesterday’s run on the rail trail, I was not sure how I would be feeling this morning, but I really wanted to get back to running the training plan, so I figured that I would see how I was feeling and decide once I finished up the mile warm-up. 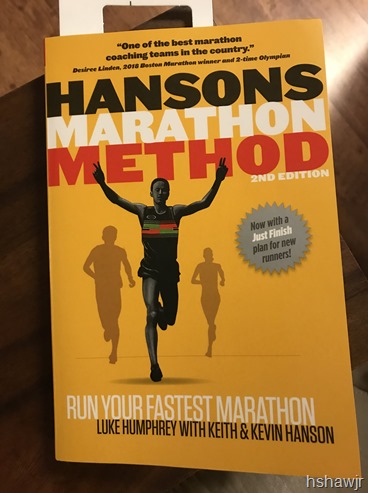 Now the sun was out, temps were listed in the low 40’s on all the thermometers I passed, but that damn 20 mph or so breeze out there, made it feel a lot colder and I also knew that if I attempted to do a quality workout outside that it would have been hit or miss, whether I maintained the paces that I was planning on hitting.

So I opted for the treadmill, which would give me more control of the paces I would be hitting.

Which right now is more important to me than battling the breeze.

While I was warming up, I decided to go with the 5 mile Tempo run that was scheduled for today

Once I increased the speed to half marathon race pace, I felt a little awkward, it has been a couple of weeks since I ran that fast and I could tell that it had been a while. However, once I got past the half mile point, the body remembered how to run faster and I settled into a nice rhythm.

Unfortunately, at the 2.5 mile point of the tempo portion, I had to make a mad dash to the locker room. I guess I gotta start cutting back the high fiber diet a bit.

When I got back on the treddy, I ran the remaining 2.5 miles without any issues or other variables. However, I felt a bit cheated by having to make that made dash, so I decided in my infinite wisdom to add another mile onto the run, but I bumped it up a couple of notches.

The last part was a bit more difficult, but I finished a total of 6.0 miles of race pace or faster and felt tired, but good. However, I was running out of time and only did a 1/2 mile cool-down, with a short walk to get the body back to where it needed to be.

Actually, this was the run that I needed and while I did it on the treadmill, I am finding that for me this year, the treadmill is translating quite nicely to my running outside. So while I prefer to run outside, having this tool available whenever I want to use it has been a huge benefit for me.

Oh yeah, I ran in the Beacons and they just work great for me. According to the Milestone Pod, I have over 300 miles of total use on them and a bit under 300 miles of running. Based on what I am seeing so far, I am fairly certain that I will get at least to the 400 mile mark of running. They are still the first shoes that I reach for, especially when I want to run faster or longer.