A Run Down-Back in Tempo 9s

Well there, it warmed up just a bit today and the winds died down to reasonable levels and after a couple of days of record breaking cold temperatures it almost felt somewhat warm. Well really it only got back to a bit more seasonable temps. Mid 30s, 5-10 mph breeze and weak sunshine.

I am also getting close to having 50 miles on my adidas Tempo 9s and one of the tests I have for running shoes this time of year is how they perform down-back on both dirt and now the packed snow…errr white ice. 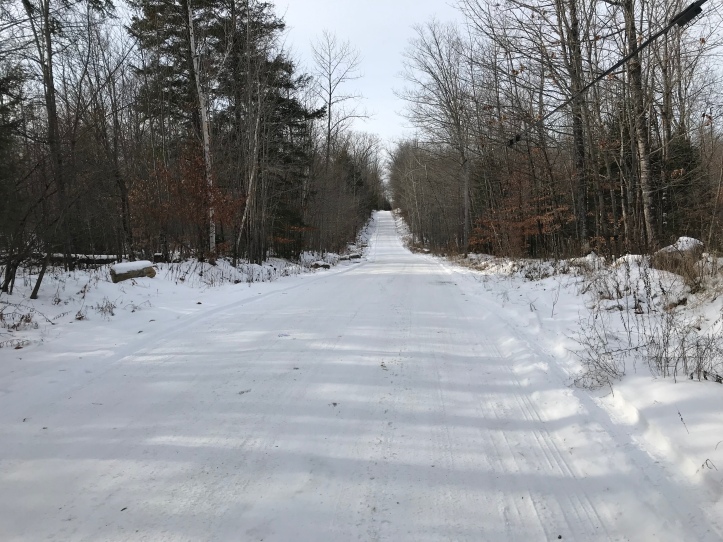 Yeah, running on these roads in winter can be rather interesting and I have to really pay attention to what I am doing. However, as long as you can stay on the sides or the middle (where the tire prints are), you can get some traction and don’t need spikes or screws on your shoes to run. If you get in the travel lane too long, all bets are off and you will find out how padded your arse is.

Even though it was warmer, temps in the low 30’s mean you still have to pay attention to how you are dressed. So I geared up and got going.

Once I hit the dirt road, it turned primarily to white ice or packed snow. Needless to say I worked hard to stay on the packed snow or even in the snow covered shoulders when a couple of vehicles went by and they were going to stay in the middle of the road.

One of the dangers of running on this kind of road in these conditions is that the drivers who normally move over for you, are much more concerned about finding themselves in the ditch, since they are primarily driving on ice. You gotta move over and give them all the room they need. Runners loose, cars win that battle.

Also when running in these conditions I shorten my stride, plan my lines carefully (paying attention to what will be underfoot) and am careful about not toeing off hard. It is more: land, roll through, lift before toe-off. The other part is that I don’t try to set any speed records, which was good thing since I had run 10 plus miles on the treadmill yesterday.

One thing I did learn is that going uphill in those conditions I am going to be a lot slower, because I do toe-off going uphill a lot more than on the flats. I can do it, but if I don’t pay attention, I will be eating snow/ice and rearranging my face. Which might be something of a good thing, but not something I am interested in doing.

How did the Tempo 9s do?

I was very impressed with the good grip on the packed snow parts of the run and when I needed to get off into the deeper snow I didnt have any issues. Both good things, but the most surprising thing was when I had to get on the white ice, they had better grip than one of my pair of trail shoes that I have walked in down-back recently. 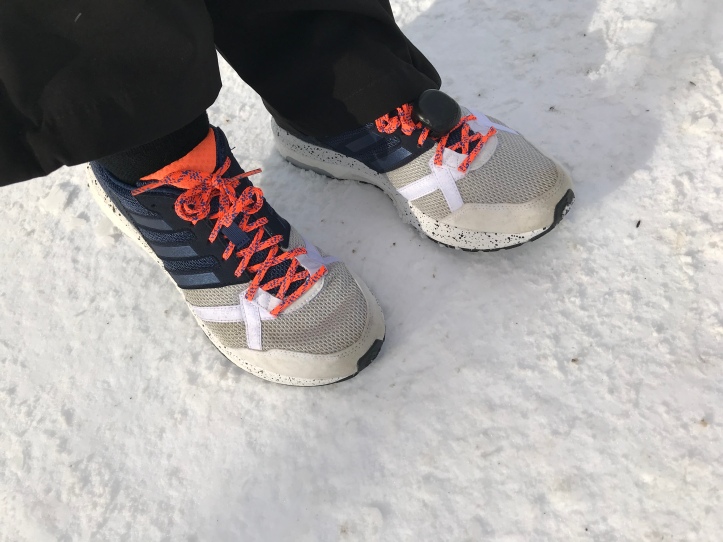 I really think that the outsole on the Tempo 9s is a nice multi-purpose sole where I could use them for most of my outside runs during the winter – if I wanted to. However, that is the primary reason I have my trail shoes, so I will save the T9s for shall we say less arduous running conditions.

The other thing that I noticed was that I still had cushioning when I got back on the tar for my last mile. In the past with many shoes, when I have gotten back on tar, after running on snow they felt more like boards than cushioned running shoes. The Boost midsole in my mind lived up to some of the other reviews of how it performs in colder weather. 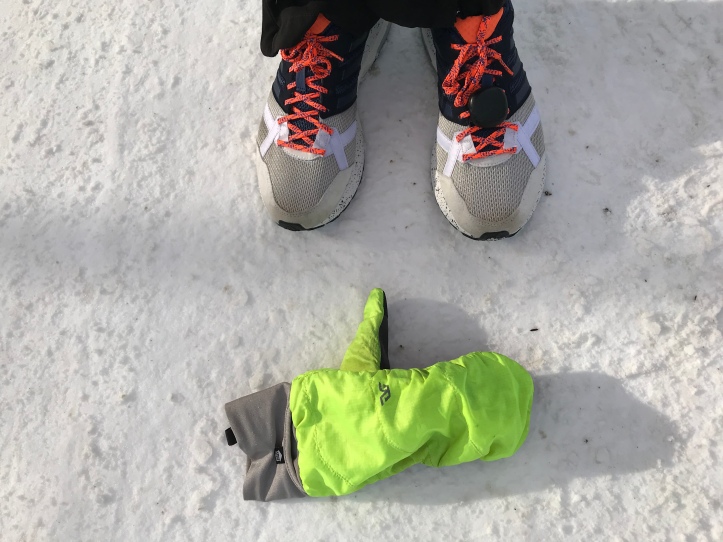 Overall it was a nice recovery run, where I felt pretty decent getting outside after running 10 plus on the treadmill yesterday. I also found out that if I want or need to I can use the Tempo 9s for running on packed snow down-back – always a good thing to know. Especially, if I get into some nasty stuff on a run someplace else, I will have confidence in them to get me through it. 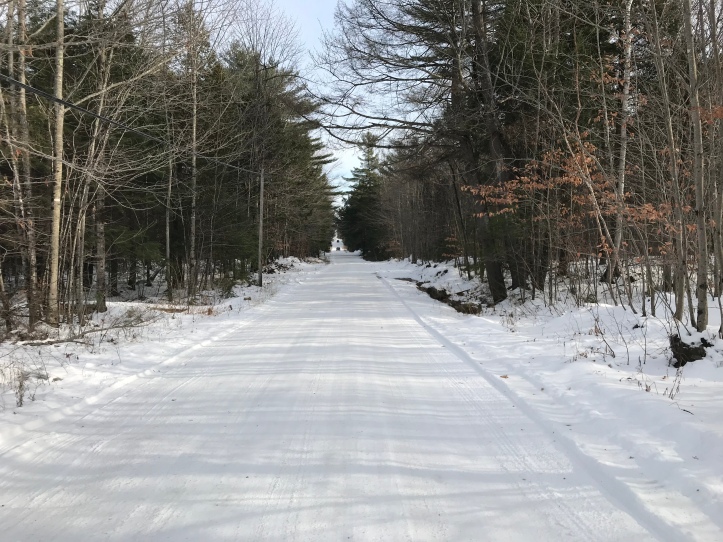